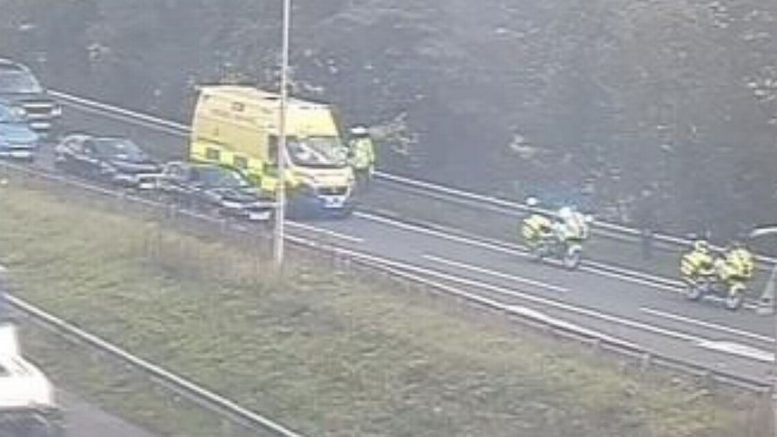 A man has been seriously injured in a collision involving a pedestrian and a car at the M56 Westbound exit slip road at junction 11, close to the Creamfields site.

Emergency services have been at the scene of the crash. Cheshire Police have reported that the crash involved a pedestrian and a car, with the male pedestrian sustaining serious but non-life-threatening injuries.

Traffic website Inrix is reporting queueing traffic due to the collision, which happened at junction 11 for the A56 Chester Road at Preston Brook. There’s also reported to be congestion to junction nine, the M6 Lymm Interchange.

There were already delays in the area due to many people heading to the Creamfields Festival. National Highways Tweeted to say: “If you’re heading @Creamfields please be aware, a serious collision has closed the #M56 J11 westbound exit slip road. There are long delays within the area. Approx. 6 miles of congestion on the #M56 westbound, delays of 40 minutes above normal travel times. Please plan ahead.”

A Highways England traffic camera has shown paramedics at the scene.

Check below for live updates.