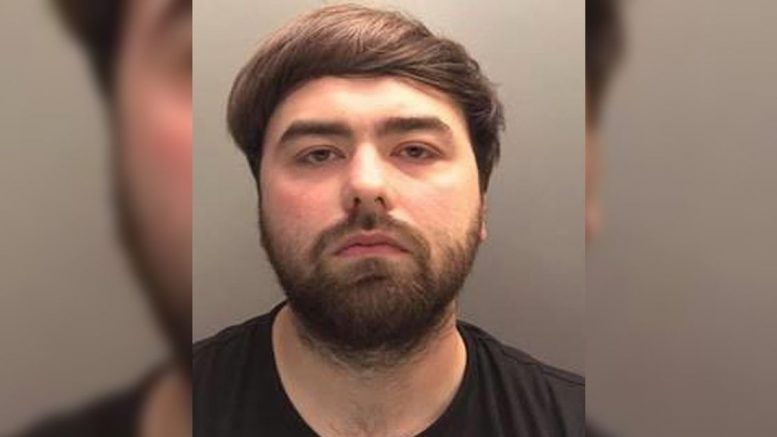 A man driving a car stolen from Cheshire killed a dad-of-three then drove away.

Shaun Rimmer was driving a stolen Seat Leon through Aberdeen while being chased by police at high speeds.

The 28-year-old hit Simon Musabayana, 48, as he crossed a road and drove away with a blood stained windscreen, the Echo reports.

Read more of the top stories from across Cheshire here.

As Rimmer, of Liverpool, was fleeing from police he was travelling at around 50mph in a 30mph zone.

Despite the windscreen of the car being stained and shattered, Rimmer continued to drive by putting his head out of the driver’s side window so he could see the road.

The Seat Leon was stolen from Cheshire 12 days before the incident and Rimmer abandoned it afterwards.

Afterwards, Rimmer made no attempt to hand himself in, and it wasn’t until forensic evidence linked Rimmer to the vehicle that he was arrested in Liverpool.

Rimmer, admitted causing the death of Musabayana by driving dangerously on August 16, 2021, by driving at excessive and inappropriate speeds.

He also admitted driving while disqualified and without insurance, when he appeared at the High Court in Edinburgh.

Rimmer was jailed for eight years and banned from driving for 14 years.

A judge told Rimmer his victim was “a much loved father, husband and son” who was the main earner for his family in this country but also his extended family in Zimbabwe.

The prosecutor, Richard Goddard QC, said: “He was married for 22 years and resided with his wife and three children aged 19, 17 and 10. His wife has described him as a family man who had also committed himself to academic studies.”

The judge told Rimmer: “The harm could not be more serious. You left a man horribly injured, injuries from which he later succumbed. It is clear had you been driving within the speed limit Simon Musabayana would not be dead.”

The judge told him he would’ve jailed him for 12 years had he been convicted of the dangerous driving offence after trial, but that would be discounted following his guilty plea.

Mr Goddard said: “At an average speed of 50mph, the accused and the deceased would have less than two seconds to react to each other’s presence prior to the collision and a collision was inevitable.

“Collision investigators calculated that had the accused been driving within the speed limit, he would have had time to stop prior to impact.”

Mr Musabayana suffered serious injuries, including a traumatic brain injury, a fractured skull, fractured pelvis and multiple facial fractures. He underwent operations, including to amputate his right arm and left leg, and remained in critical care.

Mr Goddard said: “In the days and weeks that followed he made no neurological recovery. He suffered worsening infections which led to sepsis and multi-organ failure.”

Defence counsel Neil Shand, for Rimmer, said: “He fully recognises the devastation his actions have caused to Mr Musabayana and his family. He also recognises that his apology is likely to give no comfort to the family.”

He said after the collision Rimmer “lacked the moral courage to stop and do the right thing”.

The court heard how Rimmer has “a lengthy criminal record” which included theft of motor vehicles and driving while disqualified.

The prosecutor said he had been jailed for seven years for aggravated burglary and 57 months at Liverpool Crown Court for kidnapping in April 2015.

He was later jailed for a further 16 months and banned from driving for almost four years at the same court after he was convicted of taking and driving away a vehicle, dangerous driving and going equipped for theft.