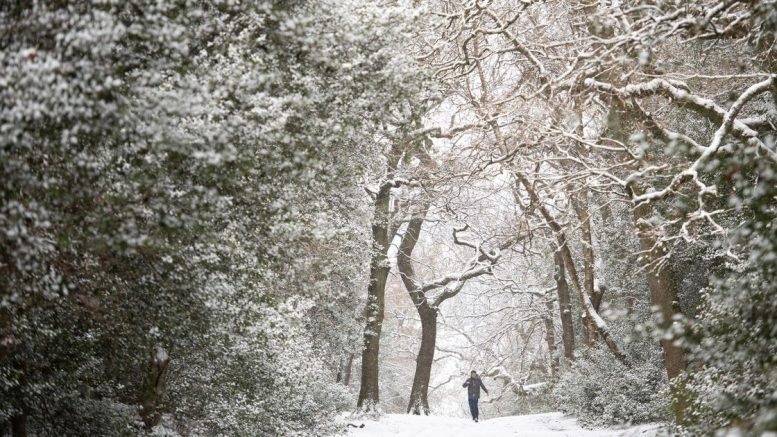 Temperatures are forecast to drop at least as low as -5C in parts of Cheshire as the icy cold snap continues to disrupt the county. The Met Office has predicted the cold weather to continue across the UK this week, with a low of -10C possible in rural parts of Scotland.

Wintry showers are possible in the North West, particularly in coastal areas. No further snow is currently forecast to fall in Cheshire this week but temperatures will remain close to and below freezing.

Chester looks set to record lows of between -2C and -4C in the coming days, as is Crewe. Macclesfield meanwhile could see temperatures fall to as low as -5C in the early hours of Thursday (December 15), while Warrington could dip to as low as -3C around he same period.

Conditions will range from clear to misty throughout the week, with some sunny spells. Temperatures look set to start rising over the weekend with more settled and milder weather expected next week.

Met Office Chief Meteorologist Matthew Lehnert said: “The cold conditions will remain in situ during this week. In many places daytime temperatures will struggle to get above freezing, while overnight temperatures have the potential to drop below -10 C in rural parts of Scotland.”

The continuation of the cold snap comes after a number of yellow weather warnings were issued across the country. Many parts of the UK saw snow fall and transport was severely impacted by the icy and foggy conditions.

Mr Lehnert said: “During Monday many national severe weather warnings are in force for ice over south-east England with a warning of snow and ice for northern Scotland. Warnings for snow and ice will continue to be a feature of the forecast until the end of the week.

“By the end of the weekend there is a signal that we may see a shift in type away from the Arctic-dominated conditions with milder and wetter weather coming in from the Atlantic. This transition could bring the risk of significant, but highly transient, snowfall before quickly turning to rain.

“While the freezing conditions remain, drivers especially are reminded that freezing fog, snow and other wintry hazards will continue to create difficult conditions in places this week.”

A Level 3 cold weather alert was issued by the UK Health Security Agency (UKHSA) covering all of England. It is currently set to be in place until Friday (December 16).

Dr Agostinho Sousa, Consultant in Public Health Medicine at UKHSA, said: “Cold weather can have serious consequences for health, and older people and those with heart or lung conditions can be particularly at risk.

“If you have a pre-existing medical condition, you should heat your home to a temperature that is comfortable for you. In rooms you mostly use such as the living room or bedroom, try to heat them to at least 18°C if you can. Keep your bedroom windows closed at night. Wearing several layers of clothing will keep you warmer than one thicker layer.”

Darren Clark, Severe Weather Resilience Manager at National Highways, said: “Gritters continue to undertake salt spreading over the coming days where needed during the first significant operation of this autumn and winter season on motorways and major A-roads amid colder temperatures across the country.”

Monday night: “Freezing fog thickening and re-forming to give some areas a murky night. Temperatures widely falling well below freezing, giving a sharp frost and a risk of icy patches. Minimum temperature -7 °C.”

Tuesday: “Staying generally dry with early freezing fog lifting into low cloud and then clearing in most places. Otherwise, bright with sunny spells for many by the afternoon. Feeling cold. Maximum temperature 3 °C.”

Outlook for Wednesday to Friday: “Staying cold with sharp overnight frosts. Mainly dry with plenty of sunshine for many, but a few wintry showers are possible, mainly in coastal areas. Breezier than of late.”