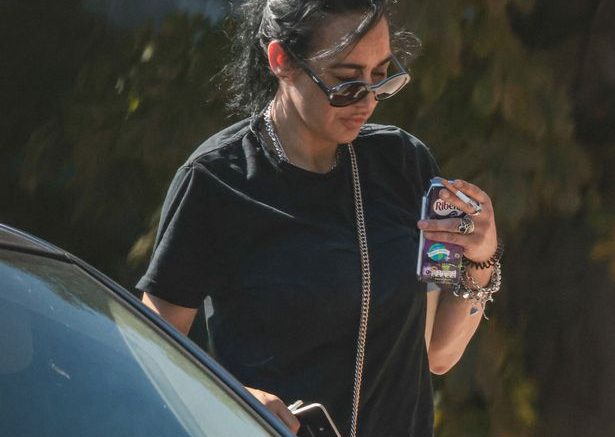 A mum-of-two has been banned from driving after being caught behind the wheel with cocaine in her system, even blaming her erratic driving on her dog being sick. Michelle McMullan, 46, from Didsbury, south Manchester, admitted having an “issue” with cocaine.

She was caught by police after swerving her Mercedes on Alderley Road in Macclesfield, telling officers that this had been because her dog had been sick in the back, a court heard. She was pulled over in her Mercedes in Cheshire last year, with police carrying out a drugs test as there was a “strong smell” of cannabis coming from the vehicle.

McMullan was later found to have cocaine and one of its by-products in her system. Her solicitor told the sentencing hearing at Stockport Magistrates Court that McMullan had been taking the Class A drug “on and off” for several years and had an “ongoing issue with it”, the Manchester Evening News reports.

READ MORE: The incredible turnaround of the Cheshire pub that was once ‘lost forever’

And magistrates ordered the mum-of-two to get help for her “problem” as they fined her and disqualified her from driving for almost two years. Officers from Cheshire Police were on patrol Alderley Road in Macclesfield at around 10.40pm on September 23 last year when they noticed a silver Mercedes being driven by McMullen.

“At that particular point it appeared to be swerving in the road,” Mr Smart said. “Officers followed it for a little while” he added before the officers indicated for it to stop so they could speak to the occupants.

“At that stage, there was the concern there may have been some nefarious substance that had been taken or ingested beforehand as the officers had smelt cannabis in the vehicle,” he said.

McMullen was ordered to do a drugs wipe test at the roadside which was positive so she was arrested and taken to the police station. There she underwent a blood test which later showed he had no less than 20 micrograms per litre of the cocaine in her system, more than double the legal limit of 10 ug/L.

Chloe Gaffney defending, said: “The defendant has entered a guilty plea and accepts the prosecution’s case. There is just one minor dispute that being that she was swerving over the road. She instructs me that after first being pulled over she has asked the officer why he has pulled her over and he then explained there was a strong smell of cannabis coming from the vehicle and in that case it was usual procedure for all the occupants to undergo a drugs wipe.

“She accepts one small swerve as her small dog was in the back of the vehicle and had been sick. She pointed this out to the officers when she was pulled over.”

Ms Gaffney said McMullan had had an “extremely difficult and emotional life” and said she had begun taking cocaine “on and off” at the age of 41.

“She has had periods of sobriety,” she said. However, she said that “when the pandemic came the defendant, who has always worked, she lost her job as a result of the pandemic. Because she had more spare time on her hands she began thinking about her past issues and current issues and used cocaine as a coping mechanism.

“She isn’t shy in admitting there’s an ongoing issue with cocaine and she welcomes any support that may be available to her” Ms Gaffney said. “She’s extremely remorseful for her actions.”

Unpaid work was not feasible as punishment as it now took McMullan, who she said hadn’t driven since the offence, over four hours each day to take her two children to and from school.

“This is going to be a severe consequence of her actions” she added.

McMullan, of Stretton Avenue, Didsbury, pleaded guilty to an earlier hearing to two counts of driving a motor vehicle with a proportion of a specified controlled drug above the specified limit, one relating to the cocaine and the other to one of its by-products Benzoylecgonine.

She was handed a 12-month community order and ordered to complete 15 rehabilitation activity requirement (RAR) days by magistrates during the hearing on Friday afternoon. She was also fined 120 and ordered to pay a 95 victim surcharge.

Chair of the bench J Shales said: “You don’t have any previous convictions and have never been disqualified before. We have taken that into account and have given you credit for your very early guilty plea.

“We are going to make you subject to a community order for 12 months with 15 what we call RAR days. This is to help you. This going to give you a helping hand with this problem you have with substance abuse, and anything else that’s going on.”

Some of the best ice cream farms and shops around Cheshire